Alan Symon's Pledge On Travel and Cycles the Talk 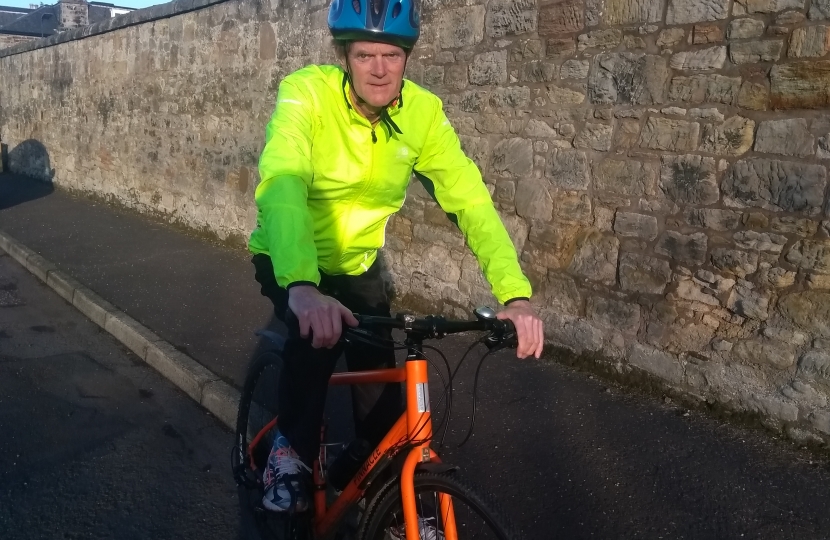 I have been actively involved in Active Travel for a year as Community Councillor, leading discussions to establish safe cycle routes from Dalkeith and from Eskbank, to Edinburgh.

This will benefit those feeding into these routes. We need cycle tracks that are separate from walking paths and from roads. We must invest in these schemes to promote healthy exercise, reduce our carbon footprint and reverse the damaging effects of climate change.

To do so we must make travelling by bicycle easier.

I oppose a blanket 20mph speed limit. It has caused congestion and pollution and leads to an average speed drop of only around 1mph!

Instead, I propose that there should be a targeted approach to key routes where accidents are common or near schools and fully enclosed housing estates.

I oppose an arbitrary 10% of transport budgets being spent on cycling infrastructure as this takes money away from road and pavement repairs, the condition of which is critical to cyclists.

Eskbank Toll is a traffic bottleneck. Midlothian Council are preparing proposals for Community consultation. I support a full review of the junction for the benefit of bicycles, pedestrians and traffic, particularly with so much new housing being built.