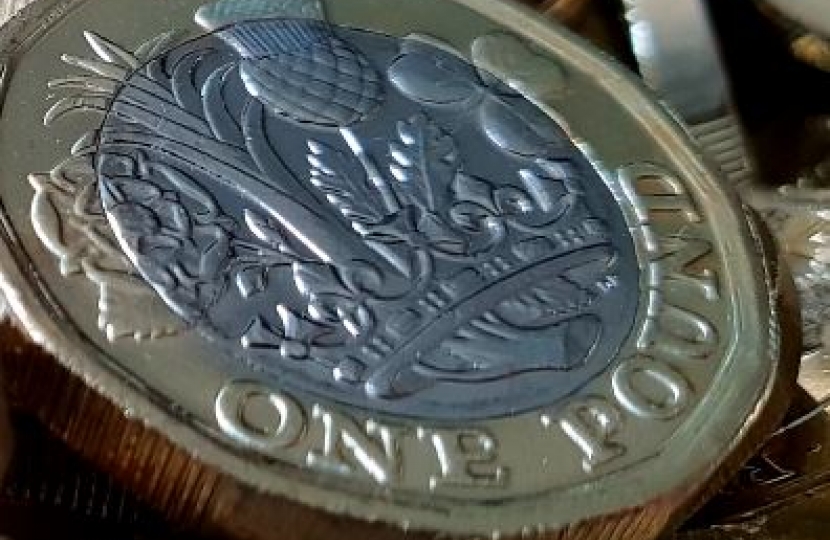 Nicola Sturgeon is determined to hold a second independence referendum and Ian Blackford, the SNP leader in Westminster, has even suggested that it might take place before 2022. Despite these calls, however the nationalist side has still not clarified exactly what currency Scotland would use after independence. Given the importance of this to every voter in Midlothian and the rest of Scotland, it is worth going over again.

There are four options:

A) full currency union with the rest of the UK, meaning that we would keep the pound;

B) so-called ‘Sterlingisation’, meaning that we would keep the pound without formal agreement;

C) the Euro; and D) a new Scottish currency.

Option A is simply never going to happen. The British government was very clear in 2014, and would be clear again, that it would not be in their interest to go into currency union with a breakaway state. Option C is also impossible, at least in the medium-term. Scotland would need to join the EU and meet numerous economic tests before adopting the Euro, and even the SNP admit that that would take at least ten years.

So that leaves options B (informal currency union) and D (a new currency). Both of these are unilateral, not requiring the agreement of any other state, so theoretically are entirely in the hands of the post-independence Scottish government. Indeed, some supporters of independence have advocated Option B as the best of both worlds: we get independence but also get to keep the pound.

But in choosing either of these options, Scotland would immediately be the victim to the international financial markets. Take Option B: if you were a big global investor, would you really put your money into a country piggybacking another nation’s currency with no formal agreement? Of course not. At any moment the situation might change, confidence might collapse, and suddenly your investment has lost value. So-called ‘Sterlingisation’ would rapidly lead to dramatic capital flight, as foreign investors moved their assets out of Scotland, which in turn would cause immense suffering as jobs were lost and tax revenues cut. And that’s just the short-term cost: in the long-term you would see the inevitable consequences of a small country tied to the monetary policy of a much bigger economy. If you’re not sure how that works out, take a look at what the Greeks thinks about having to follow German monetary policy.

So all of this leaves Option D: a new Scottish currency. But, despite what some nationalists might tell you, this is hardly a panacea to all the problems described above. As laid out in a recent CityAm article, upon independence, Scotland would immediately lose the £10bn net fiscal transfer we currently receive every year from the British government. To compensate for the enormous hole this would cause in our balance of payments, the new Scottish currency would have to immediately devalue. Professor Ronald MacDonald has recently suggested in the Financial Times that it would fall by up to 30%. This means that  every £1 in the new Scottish currency would be worth just 70p in sterling.

What, you might say, is the problem with that? Yes, we devalue, but at least we have our own currency. Well, as the Scottish Government’s own Growth Commission, has admitted, all of Scotland’s sterling-denominated debts would stay in sterling. This means that, while all Scottish salaries and wages would be paid in the devalued currency, all of the 700,000 mortgages in Scotland would continue to be serviced in sterling, as would the £18bn of local government debt, and £4bn of housing debt: in effect, there would be a thirty per cent hike in servicing all of these after independence and devaluation, for individuals, for communities, and for Scottish local government. And that’s not counting the increased cost in other goods; Scots would face dramatic hikes in their weekly shops as imported foods and consumer goods rose in price to make up for the decreased purchasing power of the new Scottish currency.

So, as we (maybe) head toward a second independence referendum, bear all this mind. The reason that the nationalist side still haven’t come up with a good answer to the currency question is because there isn’t one. Even leaving aside the business disruption that would inevitably occur as we cut ourselves off from the world’s fifth-biggest economy, just choosing something as basic as a national currency would cause immense economic disruption.