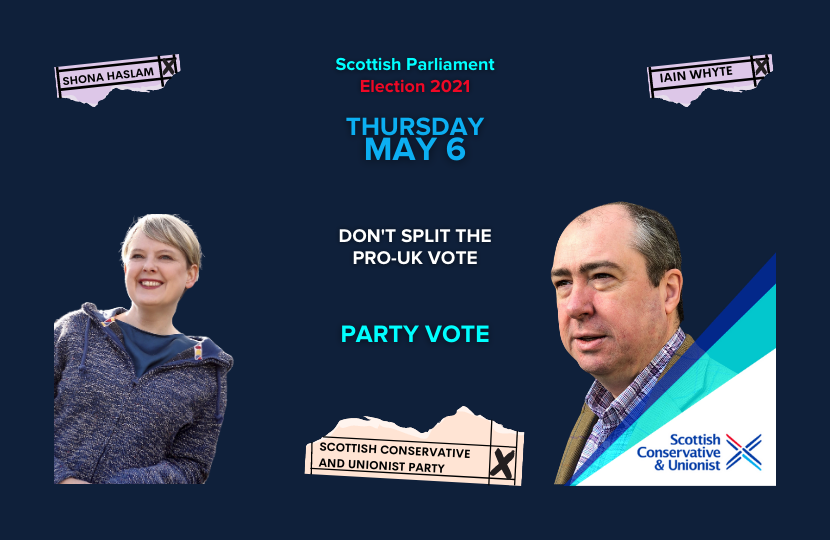 During any election campaign, parties often issue multiple leaflets targeting various groups and demographics. However, this election has been markedly different and not just because of the pandemic.

What we have witnessed in the literature issued from the current SNP campaign machine has been disingenuous at best and downright lies at worst.

They have released two regional leaflets in the Lothians, both full of misleading claims of progress, taking credit for the success of the UK Government and even for ideas from other parties in Holyrood, which the SNP voted against earlier in the year!

First, the SNP claim to have created NHS and care services ‘Fit for the Future’. Incorrect. Edinburgh’s new hospital for Sick Children has just opened after two years of delays and mismanagement that have cost the Scottish (and British) taxpayer millions. Even before the pandemic, waiting times targets were not being met.

Second, the SNP leaflets claim that the Scottish Government is ‘equipping’ our children to succeed in tomorrow’s world. But that has been another resounding failure. The standard of Scotland’s schools in 2021 is beyond shocking since the government is more interested in sugar-coating statistics than prioritising the needs of our teachers and their pupils. Our system is underperforming and with the SNP dodging scrutiny by refusing to publish OECD report into the Curriculum for Excellence, the full extent of their failures may not yet be known.

Third, they say that they are ‘creating jobs and protecting family budgets’. Brass neck. The UK Government stepped up and supported over 750,000 Scots through the Furlough scheme during the pandemic, protecting jobs and families. Scotland is the highest taxed part of the United Kingdom, and we have nothing to show for it. Scotland has a public spending deficit of 8.6%, or £15.1 billion. The SNP promised us in 2007 that Council Tax would be abolished but have failed to deliver that. Instead, under 22s will be given a cut which is another perfect example of SNP goalpost shifting at its finest.

On the second leaflet, they launch yet another attack on Boris Johnson and the ‘Tories’. Joyous, civic nationalism at its best.  The SNP claim Scotland didn’t vote for the current Government but forget that fact that the majority of people in Scotland, some 55% didn’t vote for the SNP in the 2019 General election either. Ignorant at best, a downright lie at worst.

This is what we have come to expect from this SNP Government, a party built on lies, on centuries-old grievance, offering nothing to future generations but intimidation, the erosion of civil liberties and free speech.

This is their legacy – a country where difference of opinion is no longer allowed, where the word of a second-rate politician can be taken as fact, even though she has been proved wrong on countless occasions.

No politician, or political party is perfect, but Scotland deserves change, a chance to rebuild our communities and our institutions from the stains of Nationalism.

On May 6, give Scotland a chance – give both votes to the Scottish Conservatives.

This is a very important election year for us all here in Midlothian.