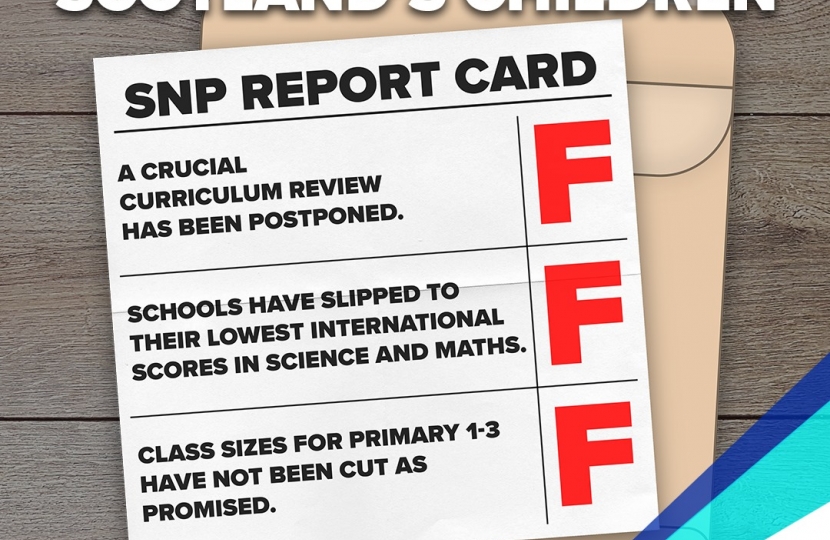 ‘I want to be judged on this’ is how Nicola Sturgeon put it in 2015 when she promised to make the improvement of Scottish education the main priority of her time as First Minister. Given her unceasing focus in recent years on pushing for another independence referendum, impartial observers might question just how much she actually meant these words, but this principle was at least an encouraging one.

But, in the midst of an election campaign in which the Nationalists are once again set on making separation the main topic of conversation, we can see the hollowness of the First Minister’s much vaunted words. As reported in the Scottish Mail on Sunday, the Scottish Government is refusing to publish a recent OECD report into the state of Scottish education until after the May elections to the devolved assembly, despite the fact that ministers have already received a copy. MSPs can also read it, but they are forbidden from mentioning its findings in public. This means that Scottish voters, the very people to whom Ms Sturgeon promised to make herself accountable on the question of education, will not be in full possession of the facts before they cast their ballots.

The Scottish Nationalists, of course, have form when it comes to covering up their inadequacies in the field of education. For example, they have already pulled out of two international surveys, the ‘Trends in International Mathematics and Science Study’ and the ‘Progress in International Reading Literacy Study’ after these showed falling standards. And their keenness to avoid scrutiny has also seen them supress criticism from nearer home; in 2017, after the ‘Scottish Survey of Literary and Numeracy’ reported that standards were declining at all levels, in every subject, every year, they simply scrapped the study.

Given the obsession of the Scottish Nationalists with secrecy and their current grip on all levels of government in Scotland, there is little that voters can do before the election to force the First Minister to release the report, which probably lays out in excruciating detail the failures of her administration in educating our children. But we can vote against her on the 6th of May, to ensure that a new government can start afresh in raising standards in Scotland’s schools. ‘I want to be judged on this’, said Nicola Sturgeon. Let’s make sure she is.